Start a Wiki
Hey, hold up! This gallery may have images that contain spoilers.
It's recommended you play the game first before you view the images.

Monika's jumpscare if recording with certain streaming programs.
Add a photo to this gallery

Add a photo to this gallery 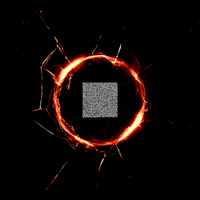 Easter egg from if players change the file extension of monika.chr to .png

One of the random Easter Eggs that can happen if you open up the menu while playing on Act 2. 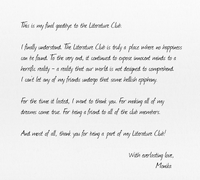 Monika's poem in the normal ending.

Monika in the space classroom just after being deleted.

Another variation of Monika's sprite just after being deleted.

Text box that appears when trying to save during Act 3.

Text box that appears if the player tries to restore monika.chr in the beginning of Act 4. 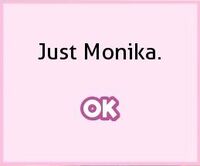 Monika speaking to the player after Sayori tries to trap them in the normal ending.

Appears in the credits if players deleted Monika before seeing the CG.
Add a photo to this gallery
Retrieved from "https://doki-doki-literature-club.fandom.com/wiki/Gallery:Monika?oldid=25370"
Community content is available under CC-BY-SA unless otherwise noted.