Doki Doki Literature Club! (Abbreviated as DDLC) is a visual novel game developed and published by Team Salvato. It's a free game available on Steam or Team Salvato's official website. It was released on September 22, 2017.

Dan Salvato announced on June 11, 2021, that Doki Doki Literature Club Plus!, a paid version of the base game presenting extra content and higher-definition visuals, would be released at the end of June 2021. Such content includes side stories for the characters set outside the timeline of the base game, new music tracks, and a gallery for unlocking various pictures and concept art. This version of the game was released on June 30 for Steam, and is planned to be released a month later on Epic Games, Nintendo Switch, PlayStation 4, PlayStation 5, and Xbox One.[1]

The general gameplay of Doki Doki Literature Club! is designed to lure players into a sense of comfort before subverting their expectations. The first few hours of Act 1 go normally, reflecting its marketing as a normal romance Visual Novel, but everything changes in Act 2, with the game turning from a cutesy romance story to a psychological thriller with heavy use of breaking the fourth wall. The game itself contains suicide, self-harm, mentions of depression, and graphic images of death.

Doki Doki Literature Club! includes five main characters: the protagonist, the only male character in the game who is controlled by the player, Monika, the club's bubbly and peppy president, Sayori, the cheerful and smiley club's vice-president in Act 1, Yuri, the shy and sophisticated club's vice-president in Act 2 and so forth, and Natsuki, a kind girl who has a tough demeanor.

Doki Doki Literature Club!'s initial reception was overwhelmingly positive and it quickly gained a cult following.[2] Gita Jackson from Kotaku claims that it is a "truly special game". In addition, Tom Philip, from the men's magazine GQ, called it one of the scariest games he has ever played.[3]

Welcome to the Literature Club! It's always been a dream of mine to make something special out of the things I love. Now that you're a club member, you can help me make that dream come true in this cute game!

Every day is full of chit-chat and fun activities with all of my adorable and unique club members:

Sayori, the youthful bundle of sunshine who values happiness the most; Natsuki, the deceivingly cute girl who packs an assertive punch; Yuri, the timid and mysterious one who finds comfort in the world of books; ...And, of course, Monika, the leader of the club! That's me!

I'm super excited for you to make friends with everyone and help the Literature Club become a more intimate place for all my members. But I can tell already that you're a sweetheart—will you promise to spend the most time with me? ♥" 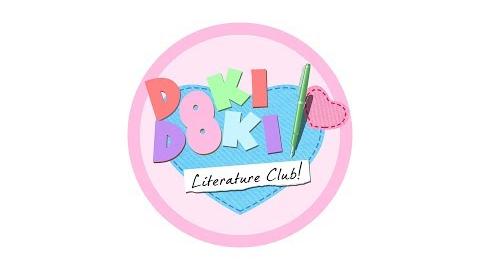 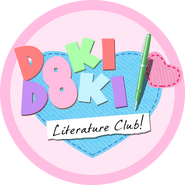