Born on December 23rd 1991, Dan was originally a professional smasher from New Jersey. He was known as one of the best Melee Link players in the United States, and was also considered one of the best Project M Link players in the world. He is known for his high technical precision and development of a new Link metagame. He was one of the founding members of Rutgers Maylay as an undergraduate. Salvato was also a developer on the Project M Development Team and he is currently the lead developer of 20XX Tournament Edition.

Dan Salvato retired from playing Smash in 2015, though he has infrequently attended tournaments for Melee since, still using Link; he has since continued to work on 20XX Tournament Edition, adding in additional features such as Universal Controller Fix/

In a Twitter post, Dan stated that he intended the release of Doki Doki Literature Club! to be on April 1, 2017, but he knew it was not ready and wanted to publish a complete product.[2] He also stated that the game was born from his love-hate relationship with anime. In particular, he cited the "cute girls doing cute things" trope to be a double-edged sword.[3] He released Doki Doki Literature Club! in September 2017, and the game quickly gained mass popularity upon release.

In June 2021, Dan announced Doki Doki Literature Club Plus!, an expanded version of the original game with bonus content; the Side Stories. He and the development team Serenity Forge released the game digitally in June 2021, and released physical editions on the Nintendo Switch, PlayStation 4 and 5 in October 2021. 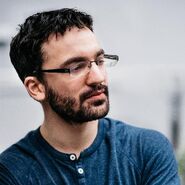 Dan with a group of fans of DDLC. 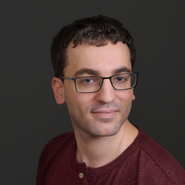